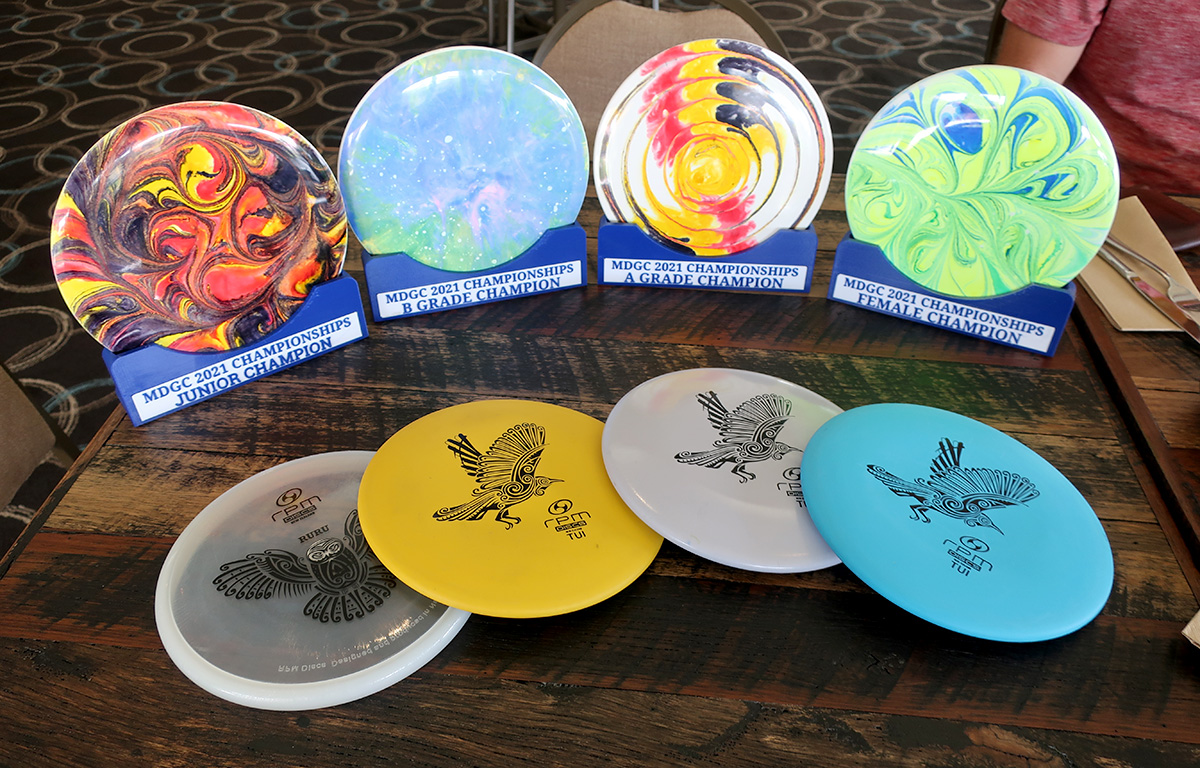 In it’s inaugural year, we saw a great turnout of 27 players for Round 1 of the MDGC Club Championships at Ruffey Lake.  After round one, Darren Stace-Smith held a 2 shot lead in A Grade, Dan Bradshaw had a 4 shot lead in B Grade, and Janet Ford-Adams, a 10 shot lead in the Female Championship.

Round 3 was played at Bald Hill Park.  Sadly with the withdrawal of Chris Ronalds, the A Grade was wide open.  With Darren Stace-Smith and Chris Scott both shooting -5, and Allen Brunsting  a -3, the stage was set for a tight final, with only 3 shots separating these three players. Lachlan Cashman built on his lead, adding another 3 shots, to take a lead of 7 shots in the B Grade.

Congratulations to this year’s finalists:

The A Grade Final saw numerous lead changes through the round, with Chris Scott taking a 2 shot lead at the turn. Darren and Chris exchanged blows but it ended up being a 2 shot swing on hole 12 then again on hole 16 that gave Darren the slight edge.  Darren was able to hang on for the win, even with Chris parking the tough windy 18 for a birdie.  Darren and Chris both finished on -3 to give Darren a 1 shot lead to win the A Grade Championship. 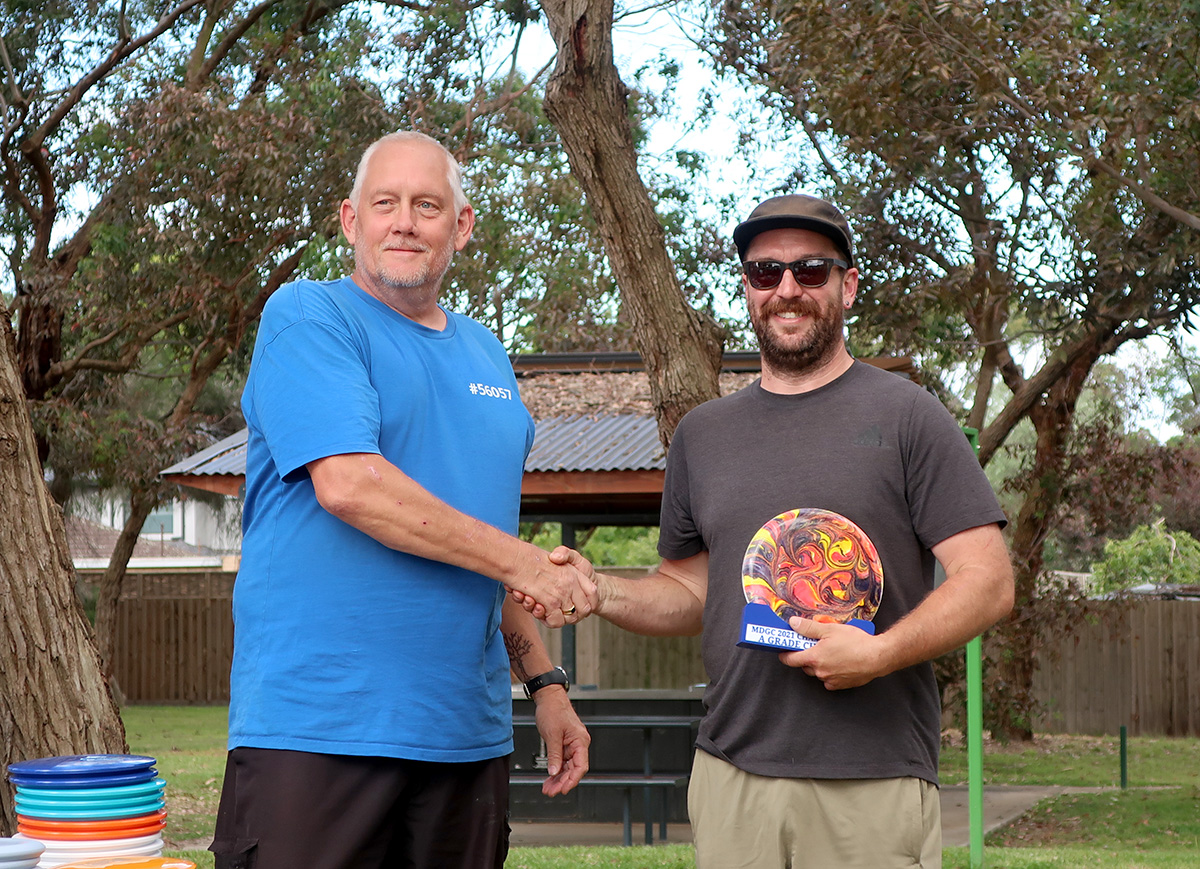 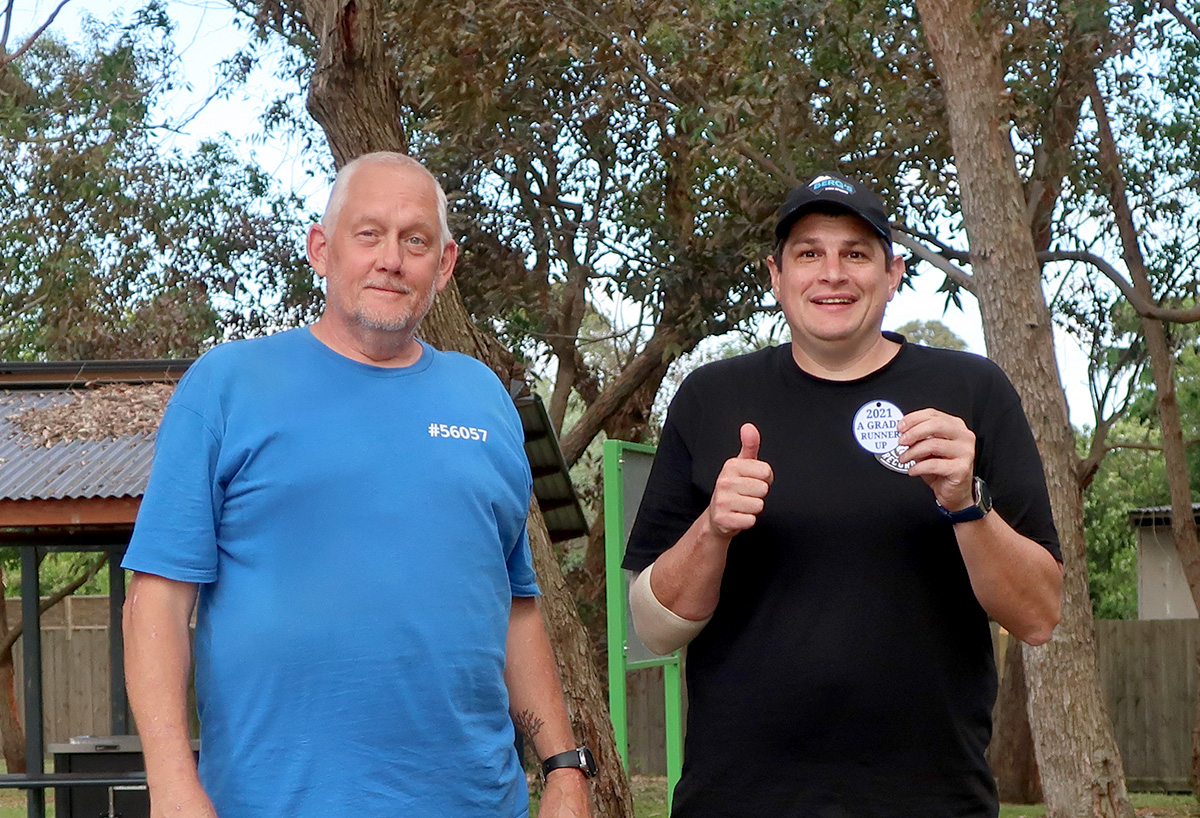 The B Grade Final saw what Lachlan himself called a “manhunt” with Mike Spangenberg pinning Lachlan back by 4 strokes at the turn. Lachlan was able to fight through the back 9, and hang on in the end though, with both players giving each other chances right until the end. At round end however, it was Lachlan came out on top winning the B Grade Championship by 2 shots. 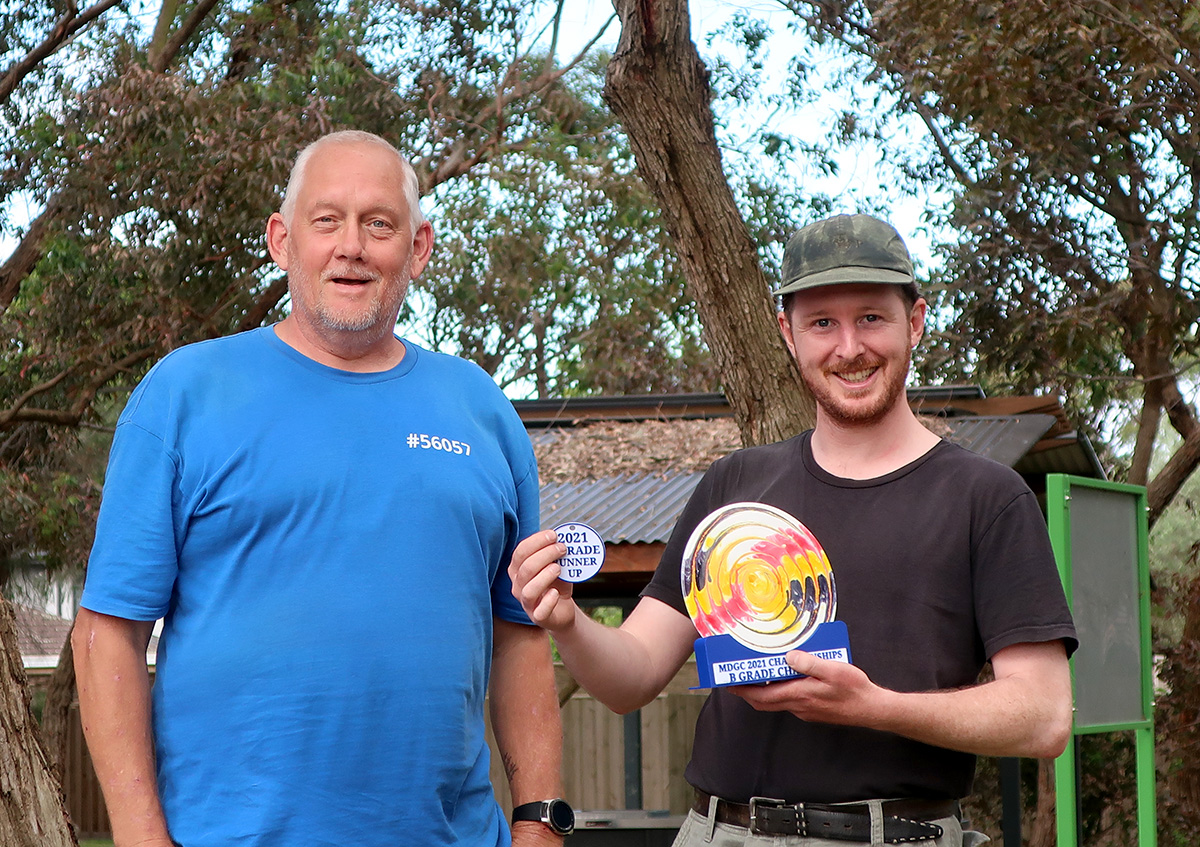 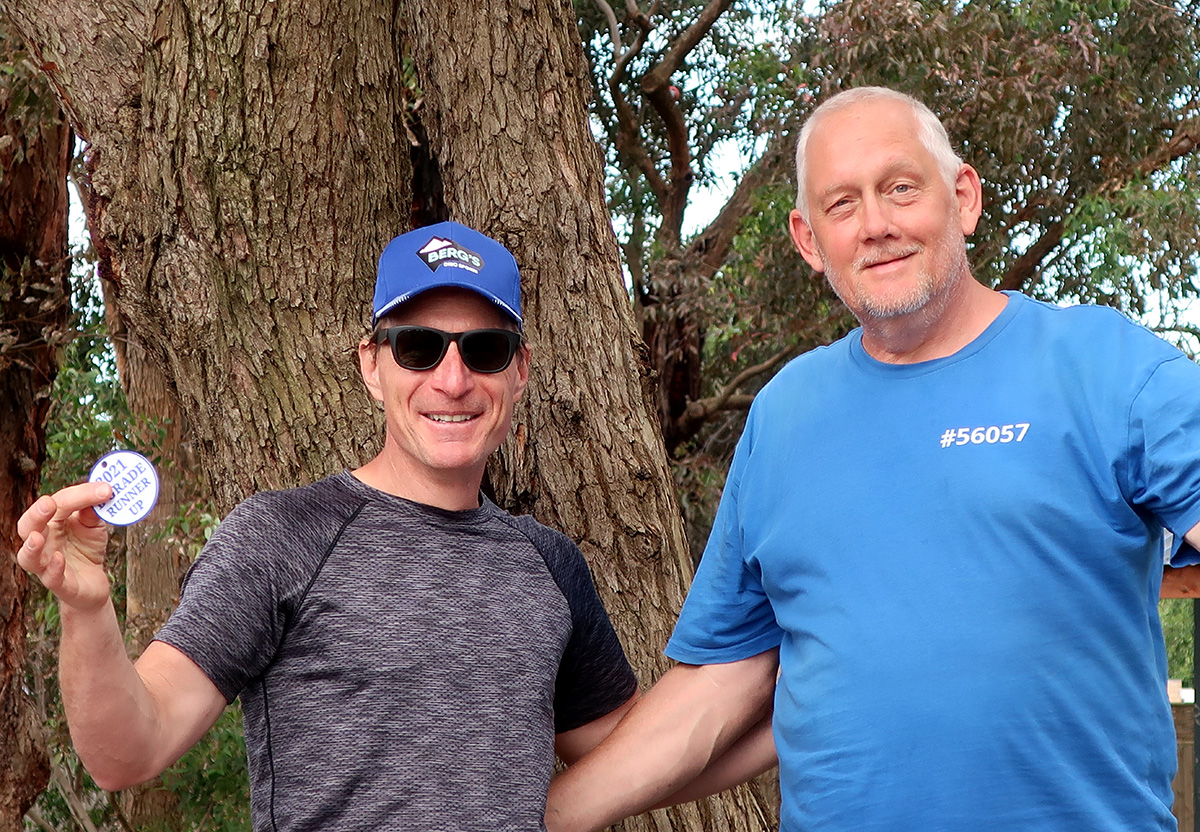 Janet Ford-Adams was able to get through the tough conditions to win the 2021 Female Championship. 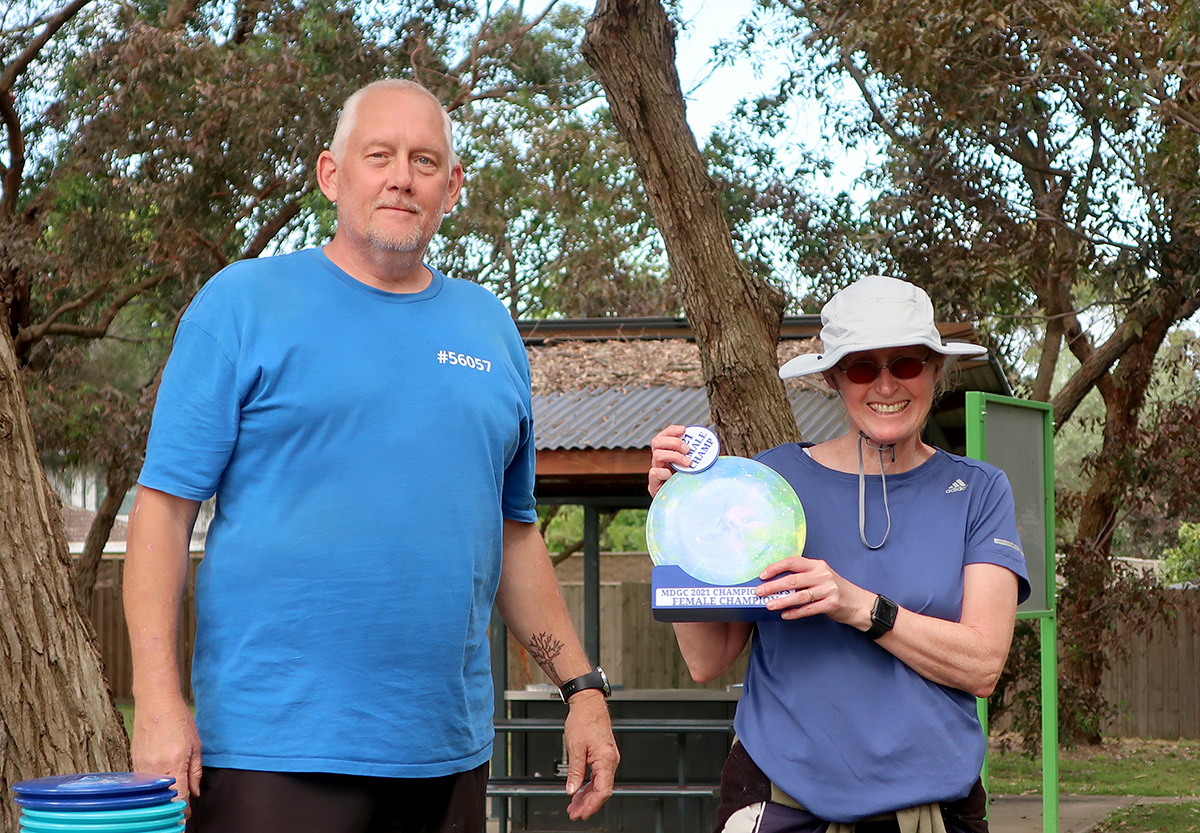 The club only had one junior survive to play all four rounds, congratulations to Matti Pearsall the 2021 Junior Champion. 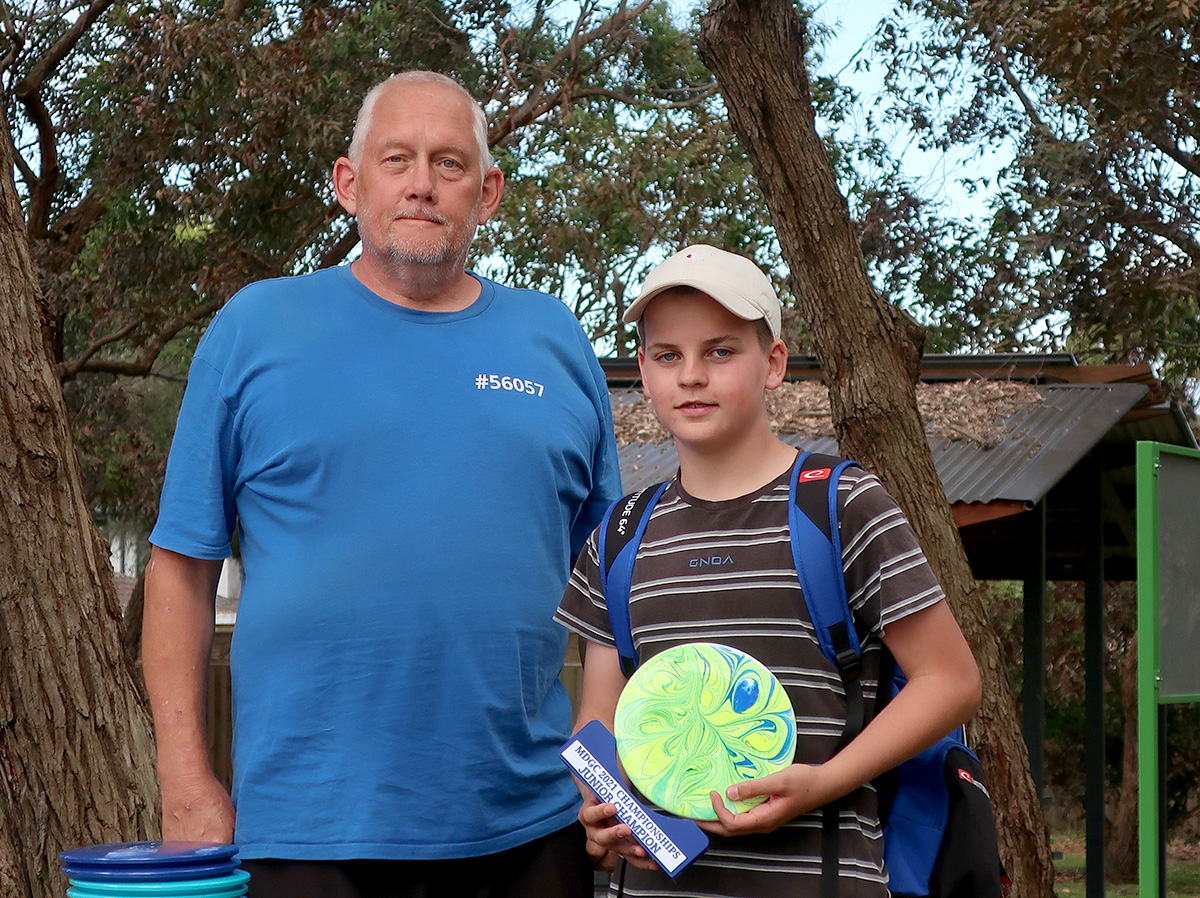 The Clayton Bowls Club was very happy to welcome MDGC for lunch and some refreshments between rounds. We look forward to working with them further in 2022.  While enjoying a great lunch, we were privileged to be part of a surprise that Kaatje Smit gave to her partner Peter Howes.  His 50th birthday is this coming Friday so Kaatje surprised Peter with a gift pack she purchased from the pro shop and brought cake for everyone.

MDGC would like to thank Darren Stace-Smith for coming up with the idea to run the Club Champs and for organizing it all.  It will definitely be an annual series.