After skipping the 2020 event due to COVID lockdown, this year’s event has just concluded.  Twenty-five players braved the fog, wind, rain and cold over the two-day event.  According to the BoM, the warmest it ever reached during the event was 6 degrees.  We also braved a lodge without heading in some rooms and a relocation to another building for those affected.

All players gathered in the restaurant for lunch and the players’ meeting early Saturday afternoon and we were on the course by 1:45pm.  It’s quite an experience to stand at the top of a hill with absolutely no visibility to the basket and “throw and hope!”  A few discs were lost that way! 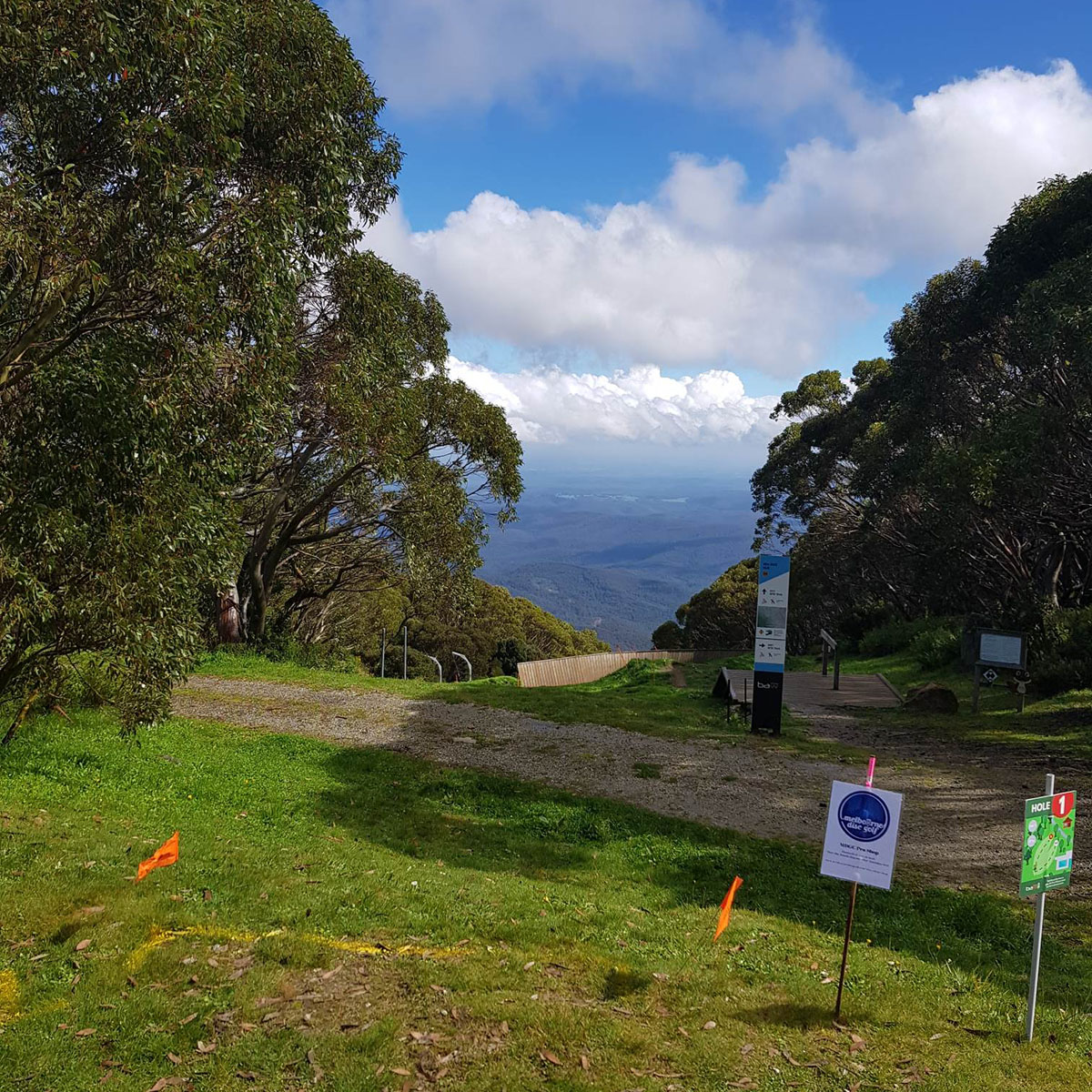 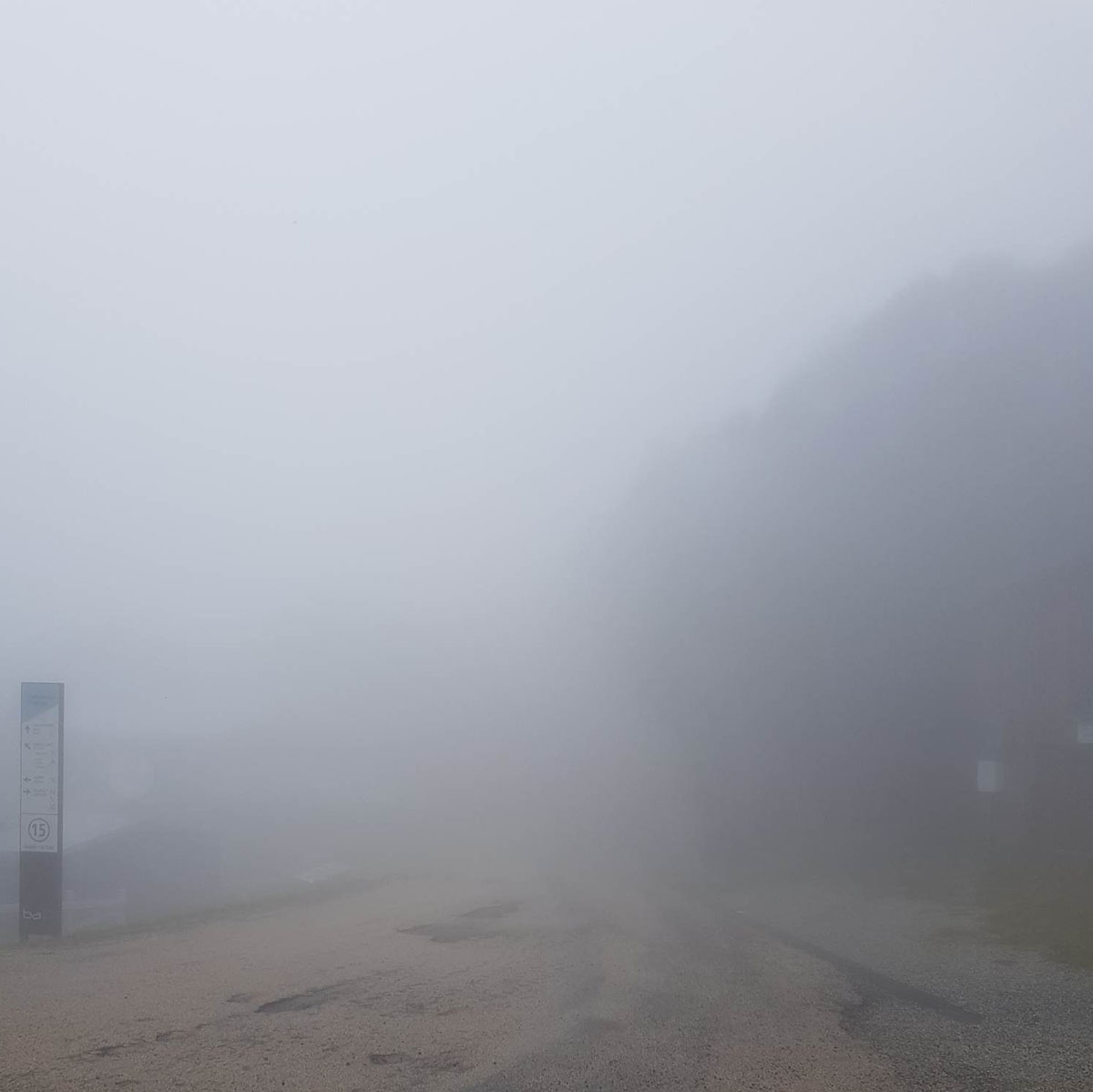 Could someone please direct me to hole one?

Scoring honours on the opening round went to Oscar Fehlberg (-4) and Cassie Sweeten (-3) – 960 and 950-rated rounds respectively.  In the second round (Sunday morning), the MPO players took over with -8 to Dylan Feldman (974 rated) and -6 to Tim Bohan (951).  Of interest was that (according to the PDGA statistics), the Sunday round was around 30 ratings points easier than Saturday – we’re not entirely convinced that the players would agree!

Click on the thumbnails below to see full size images: 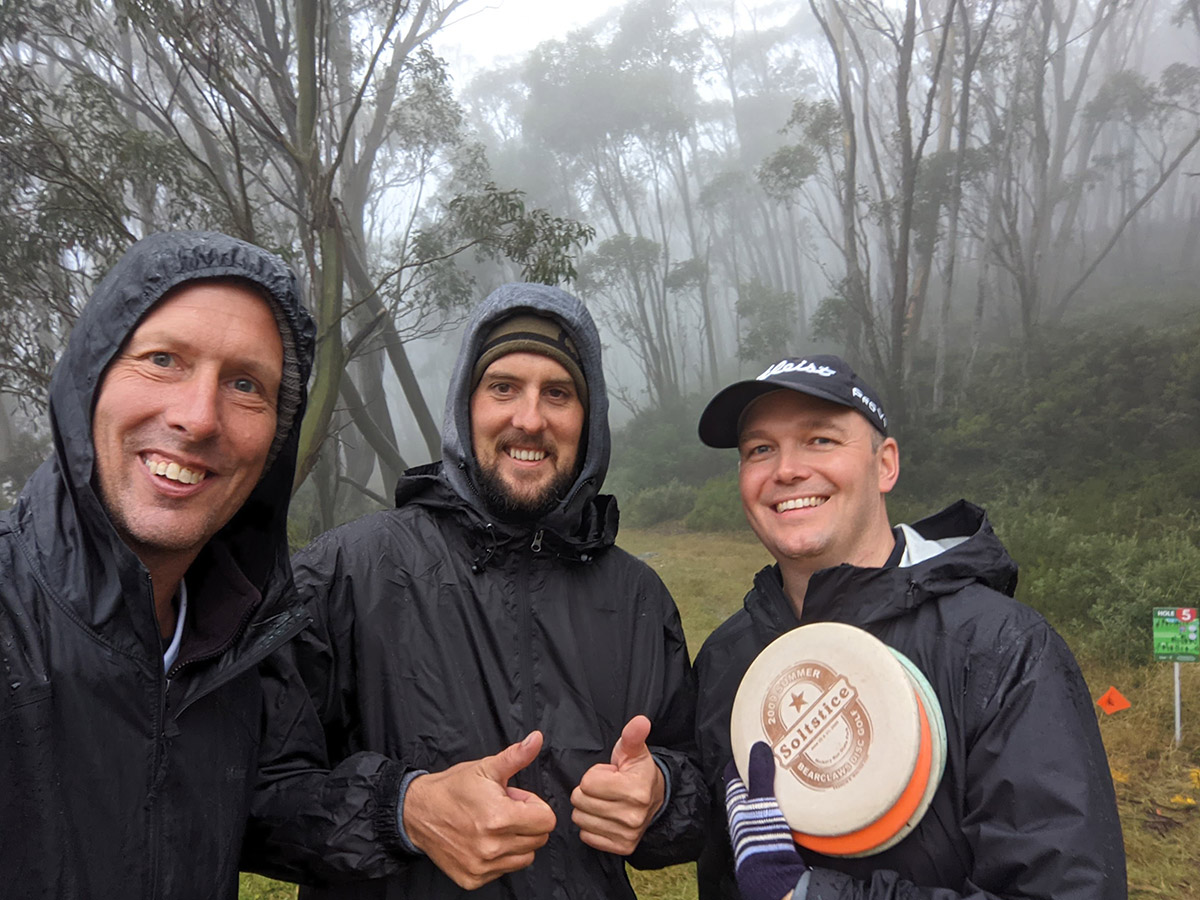 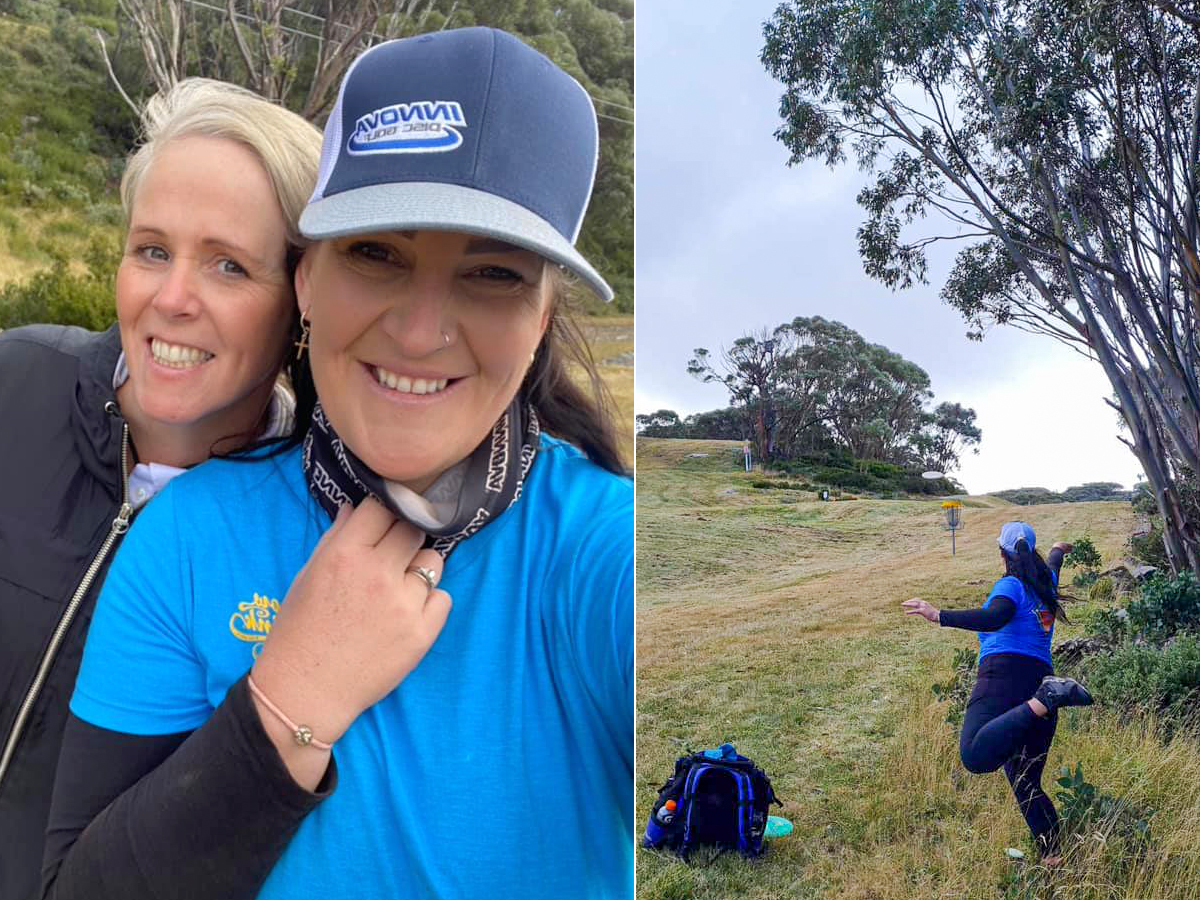 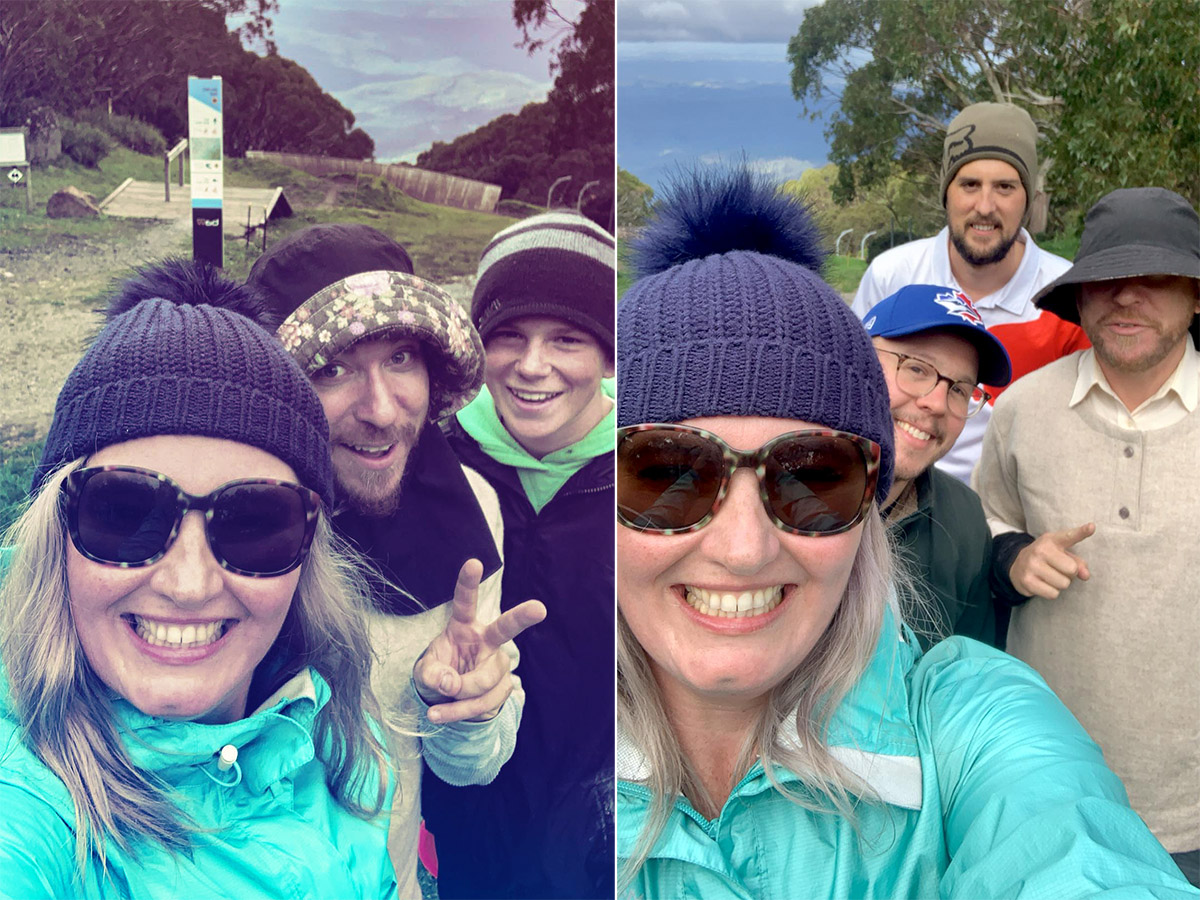 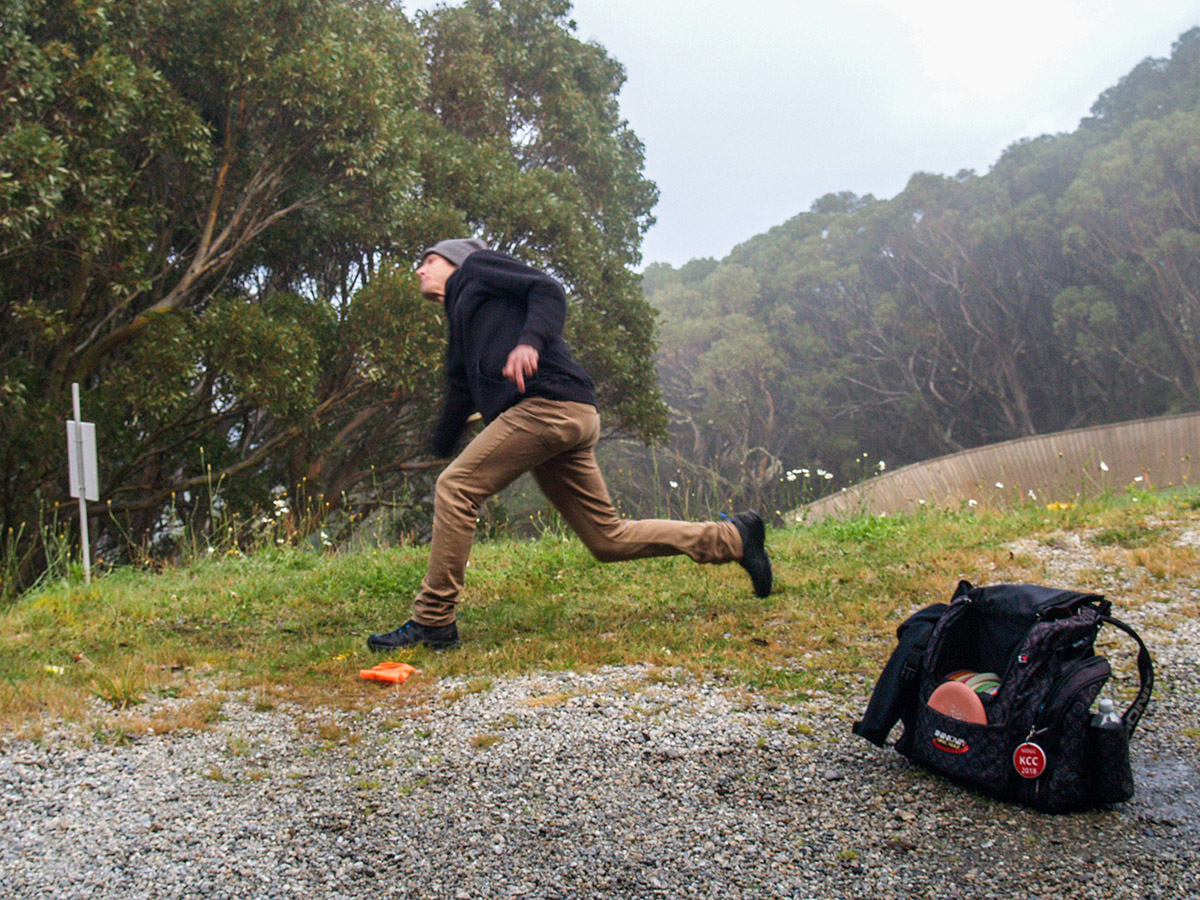 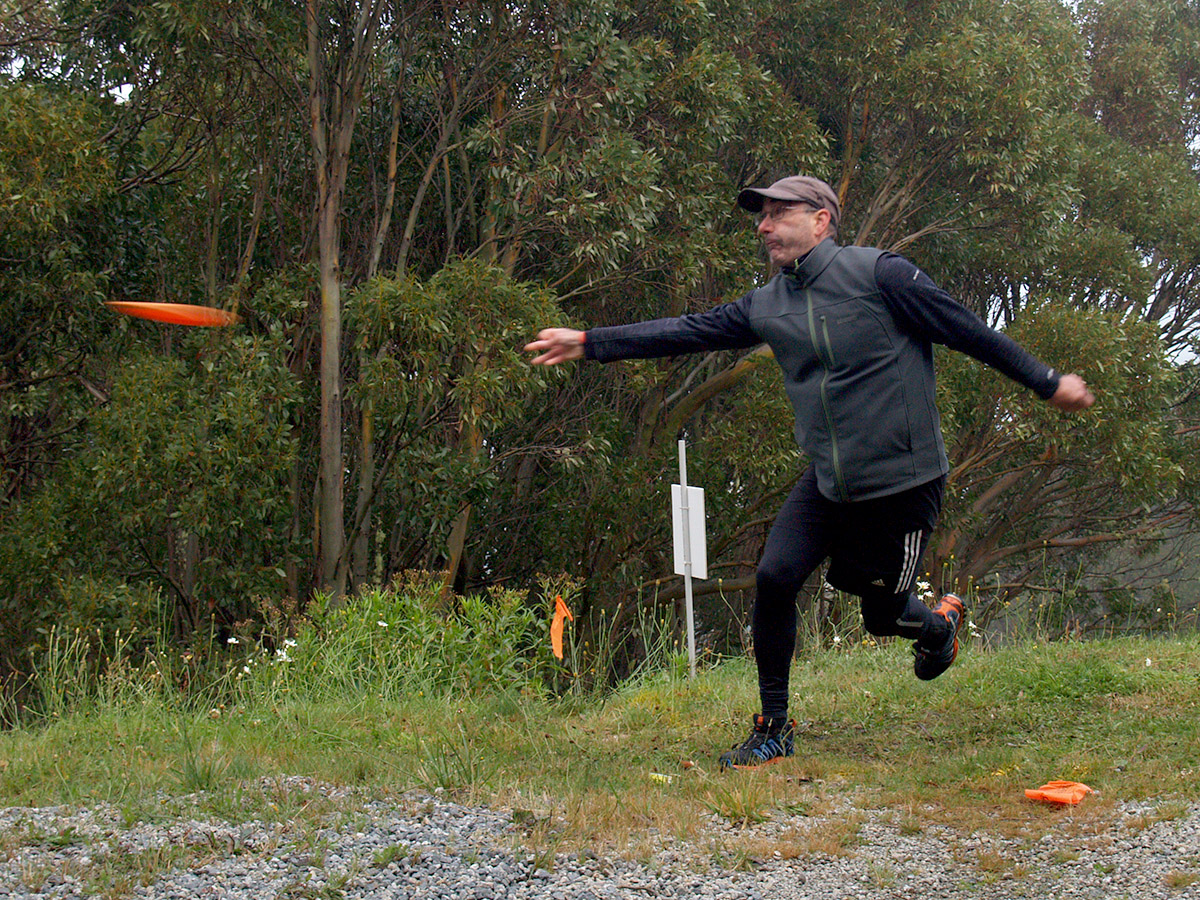 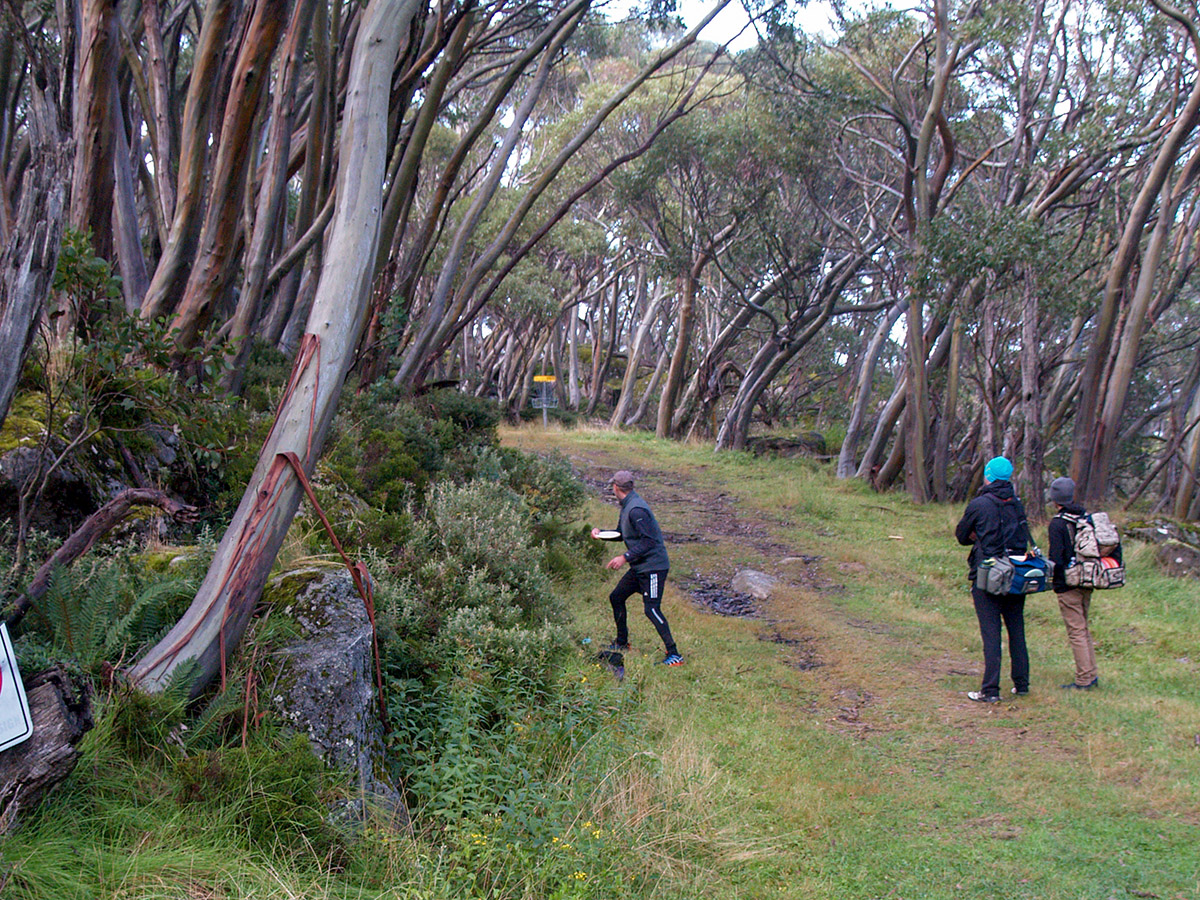 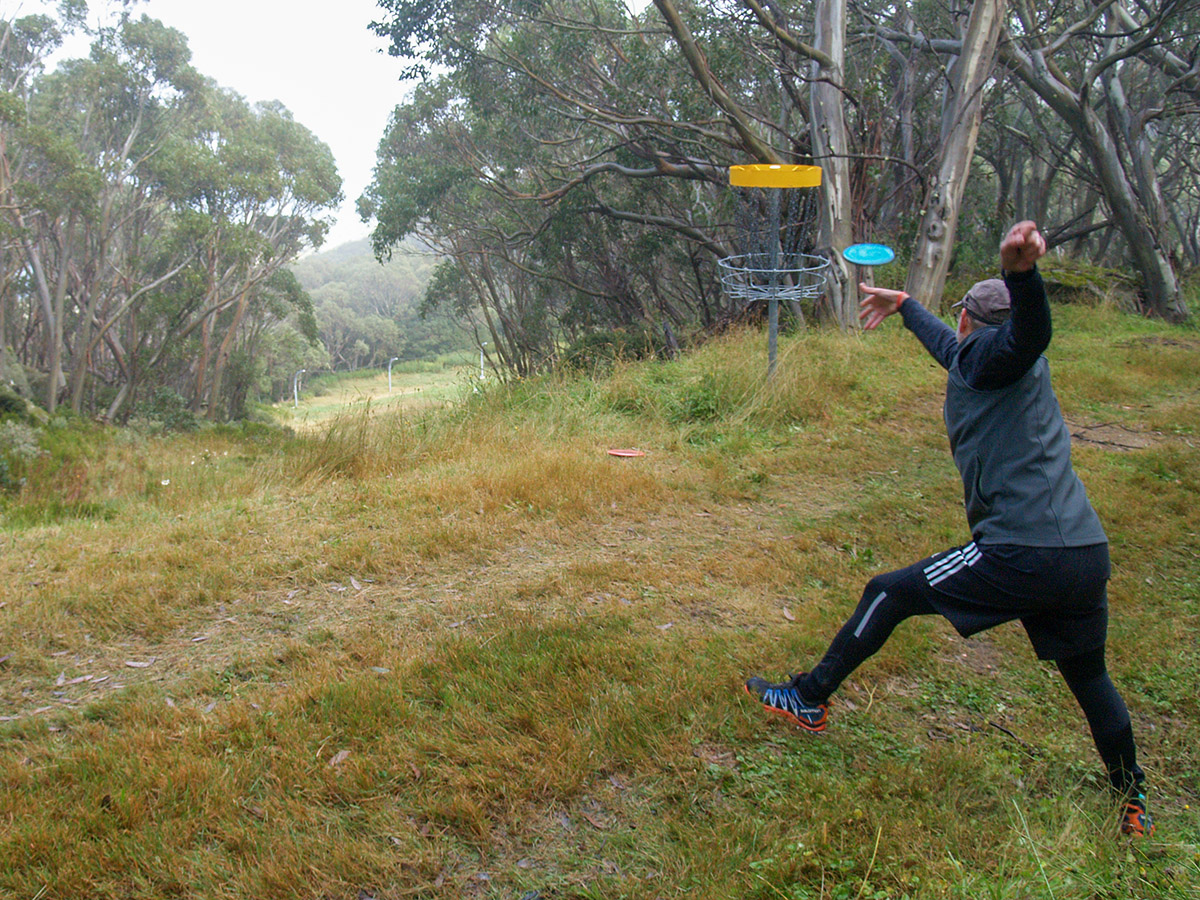 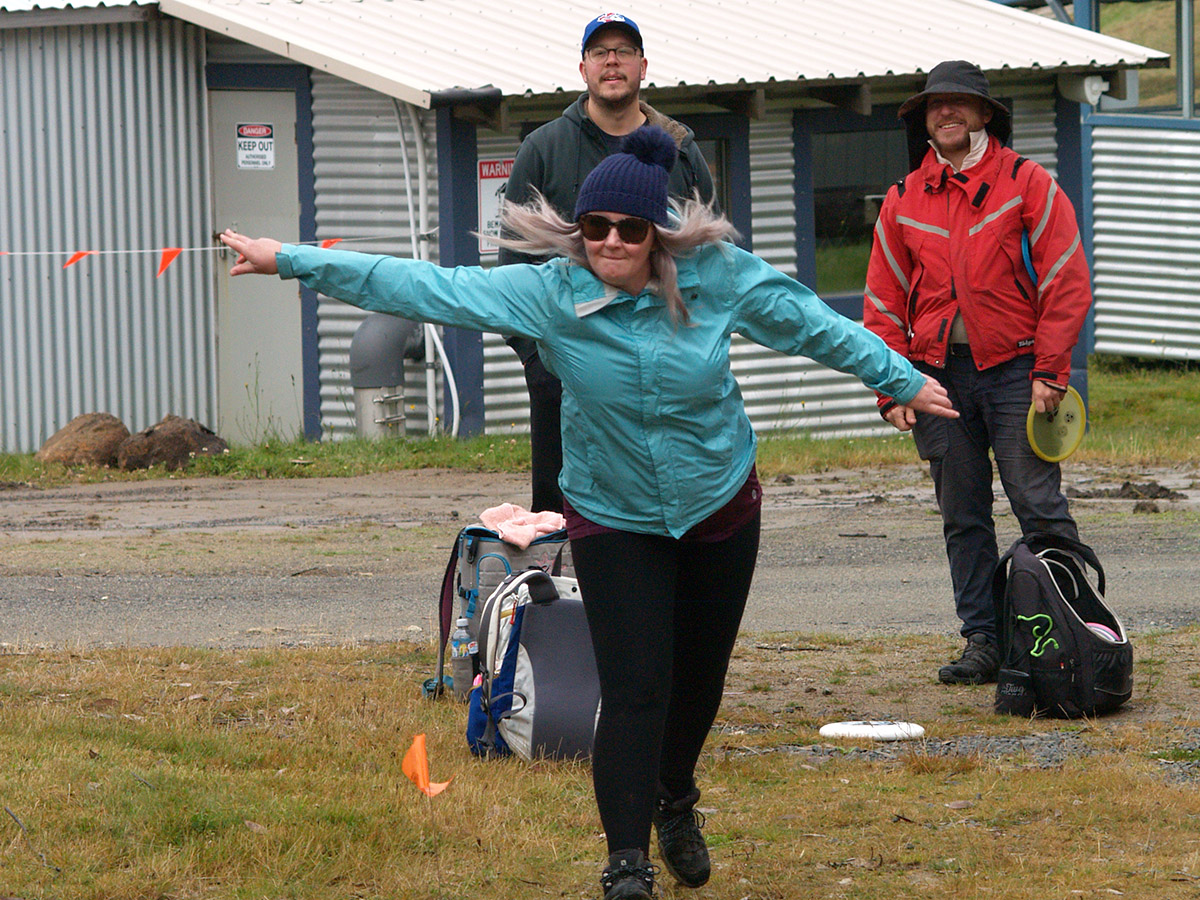 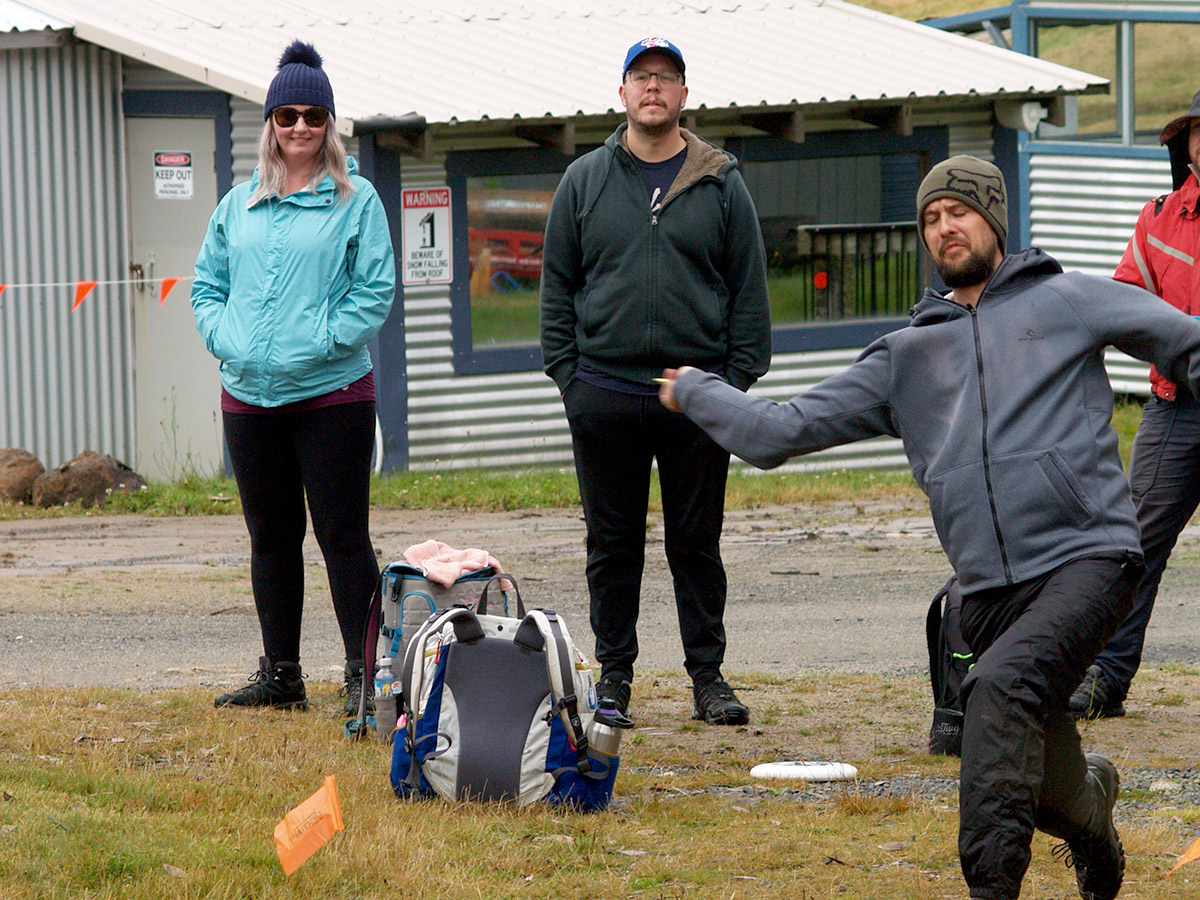 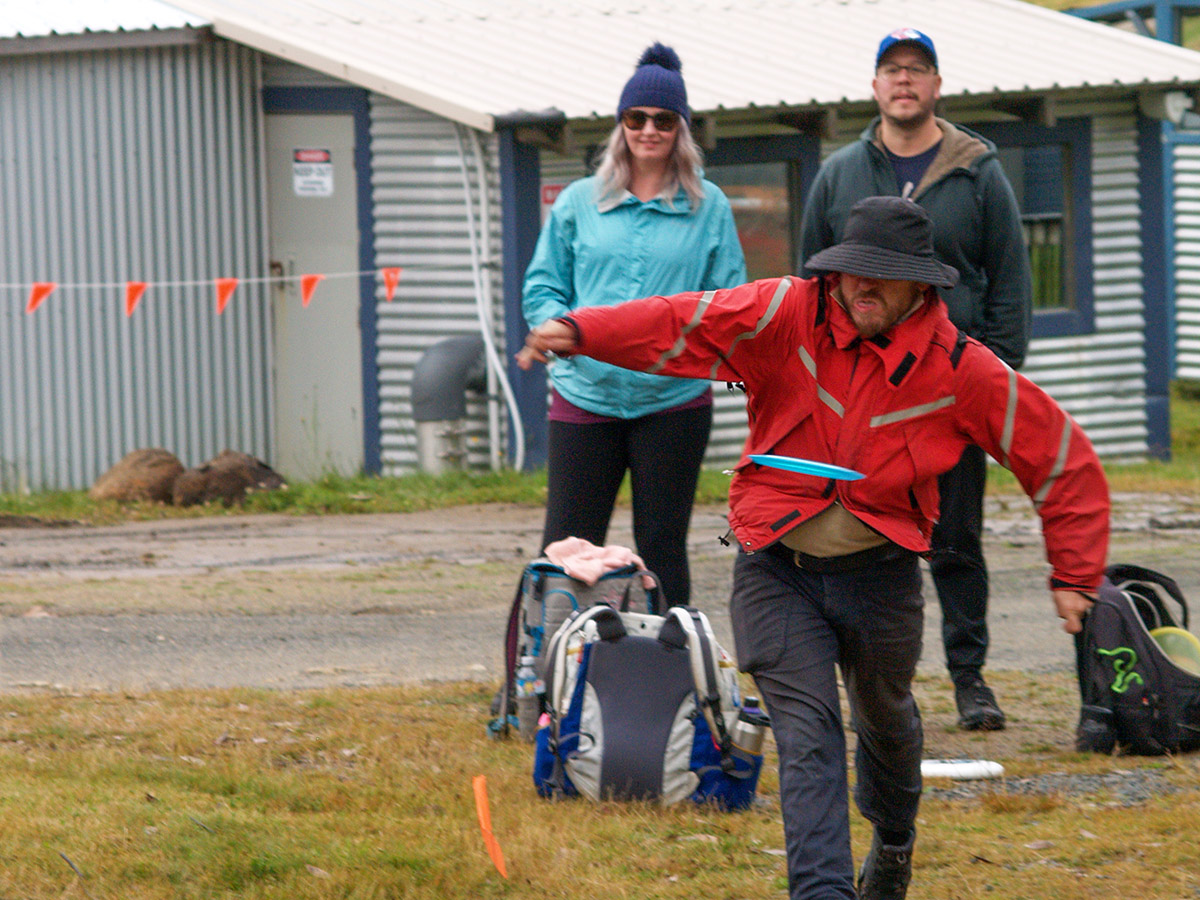 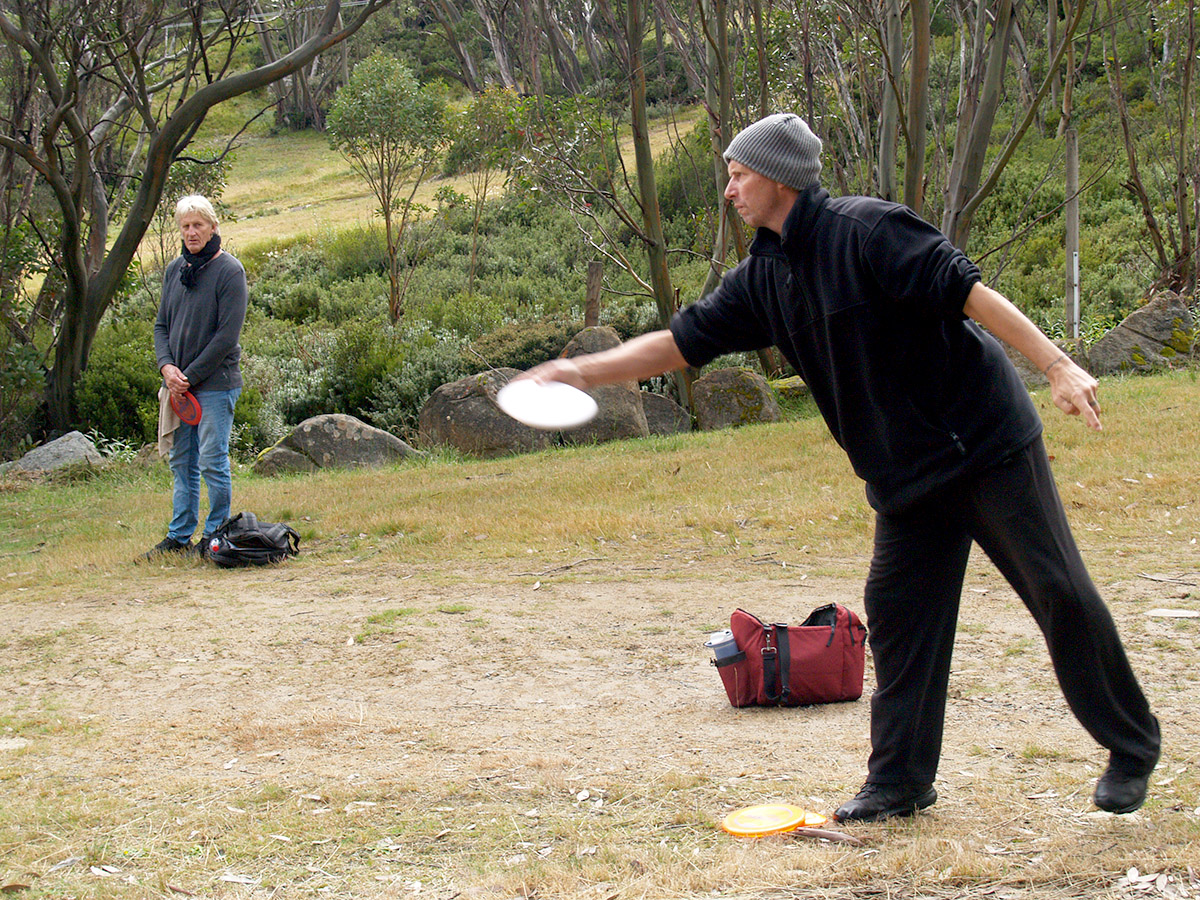 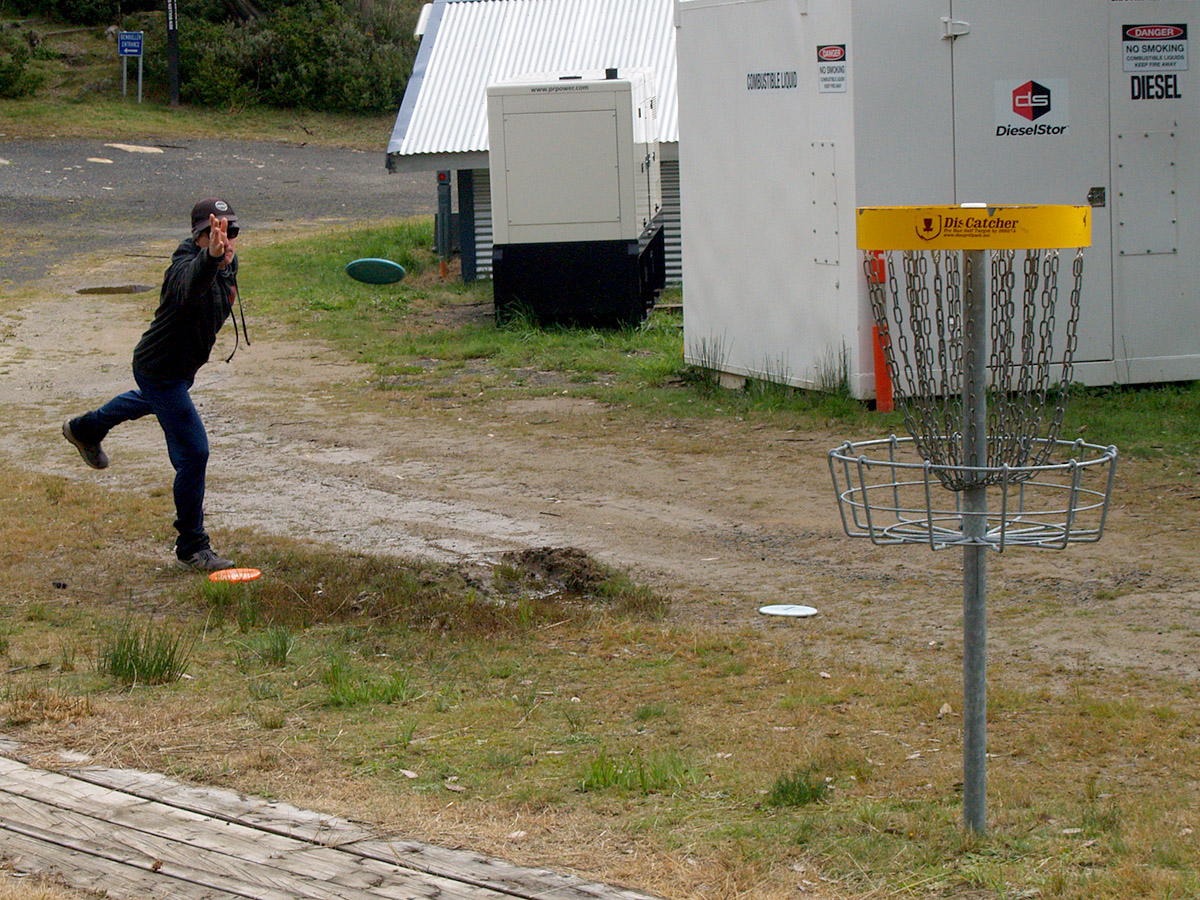 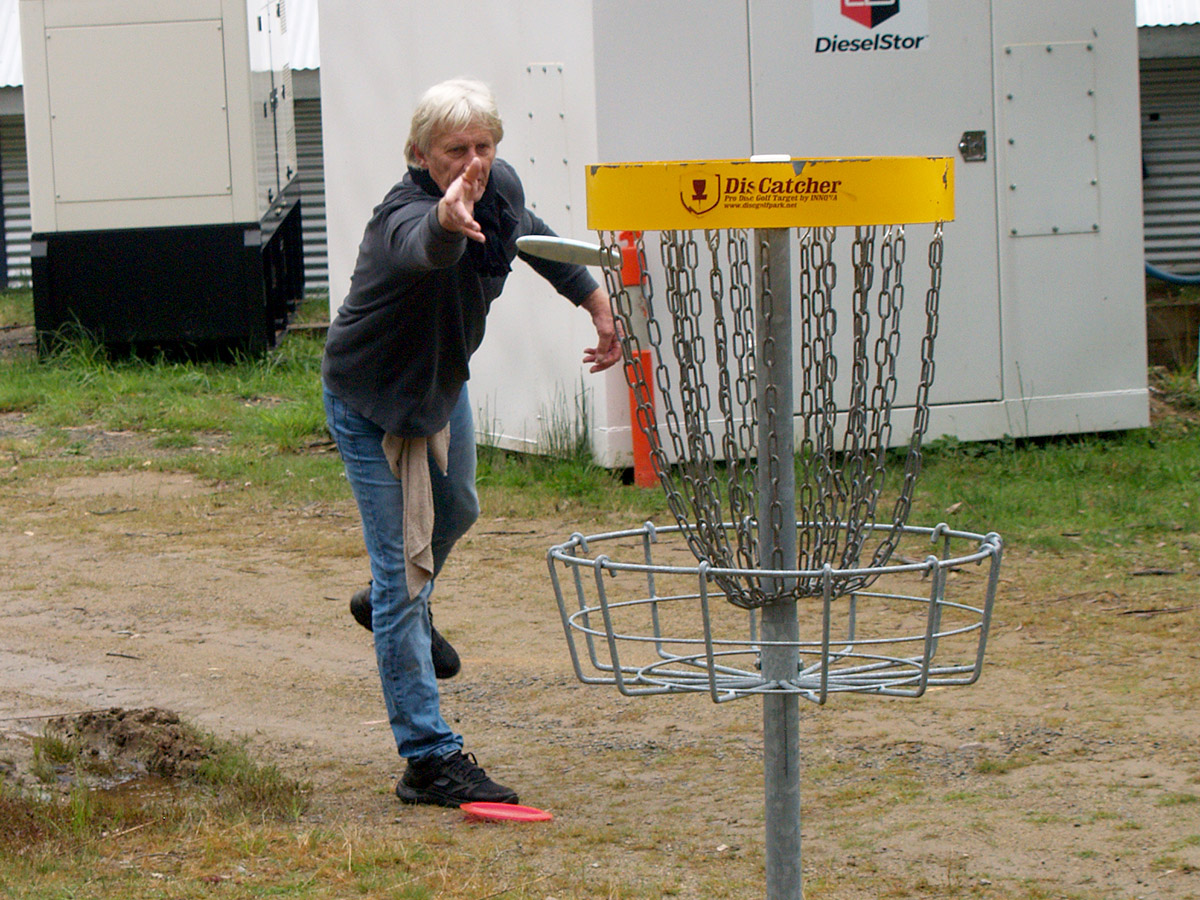 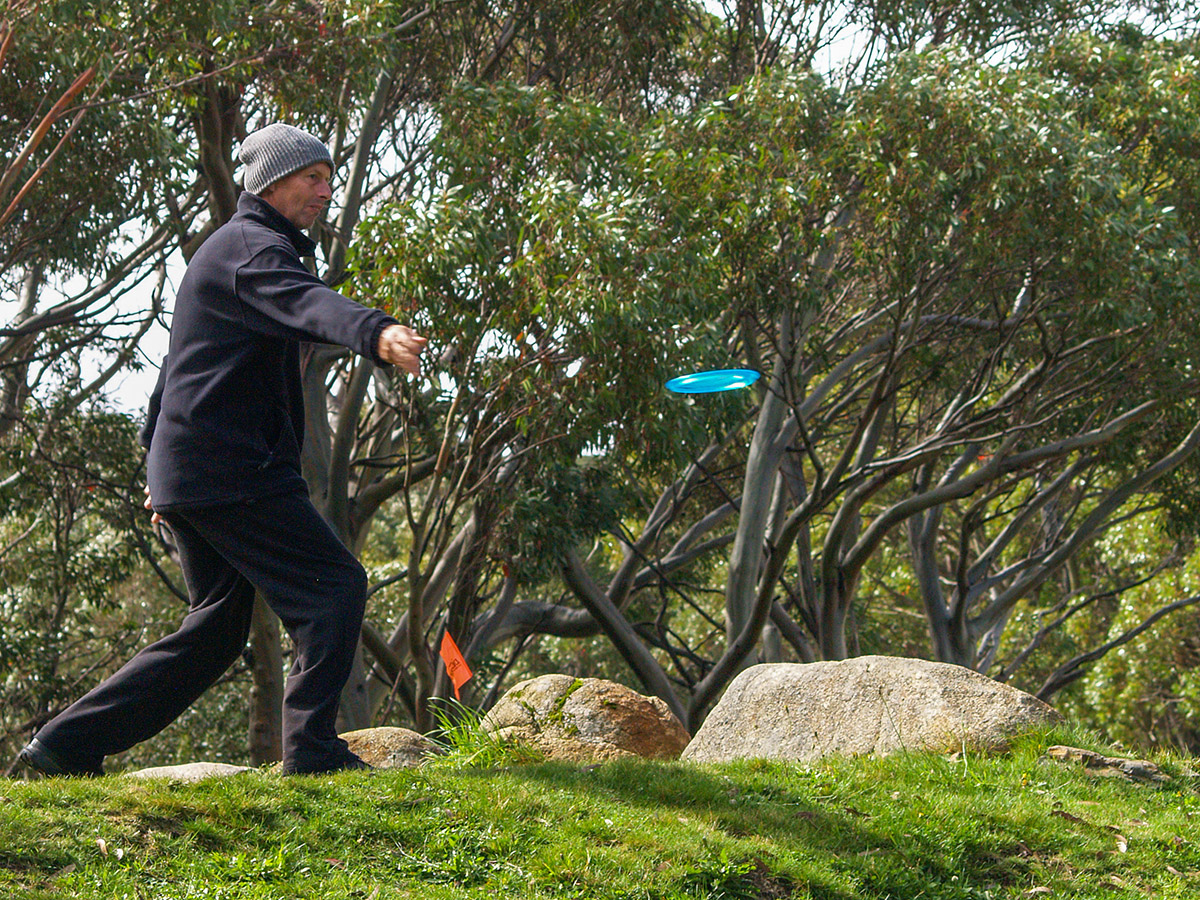 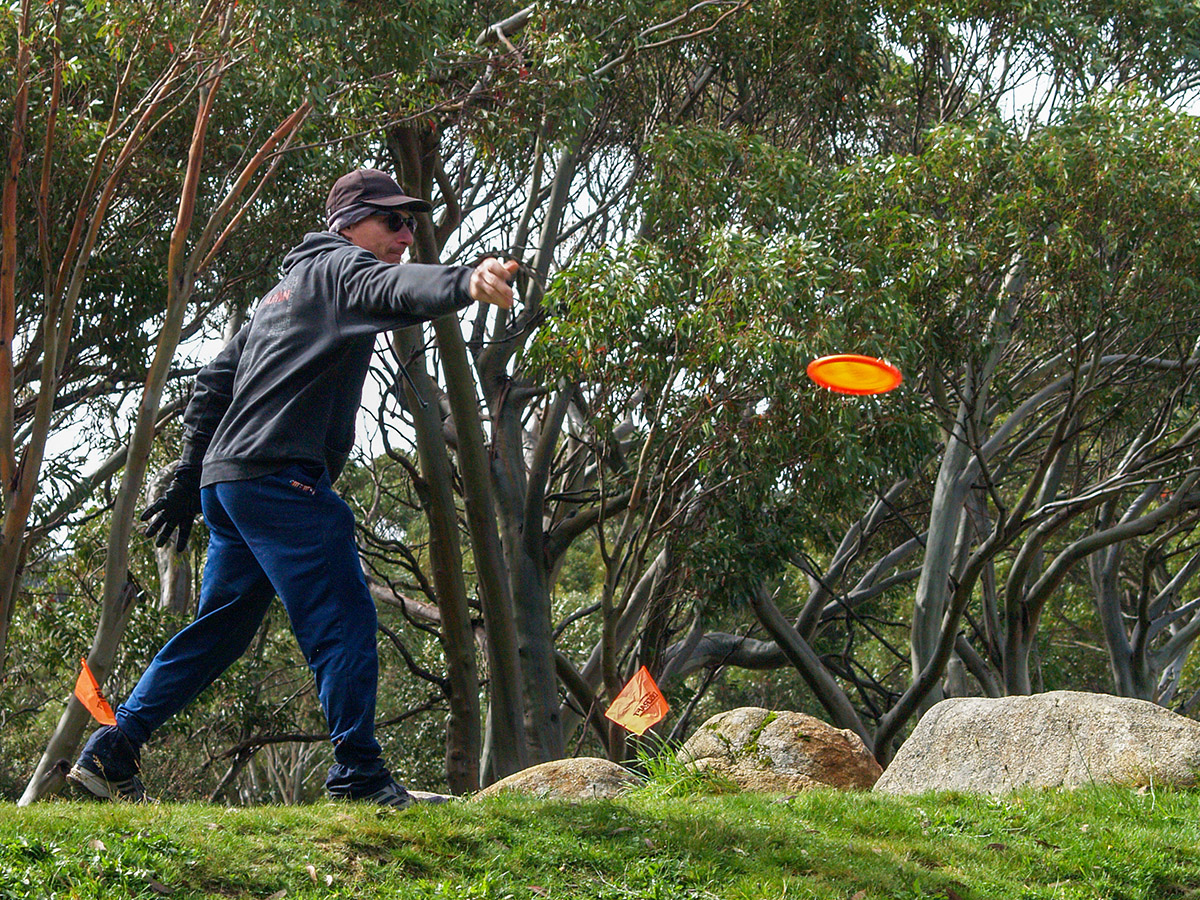 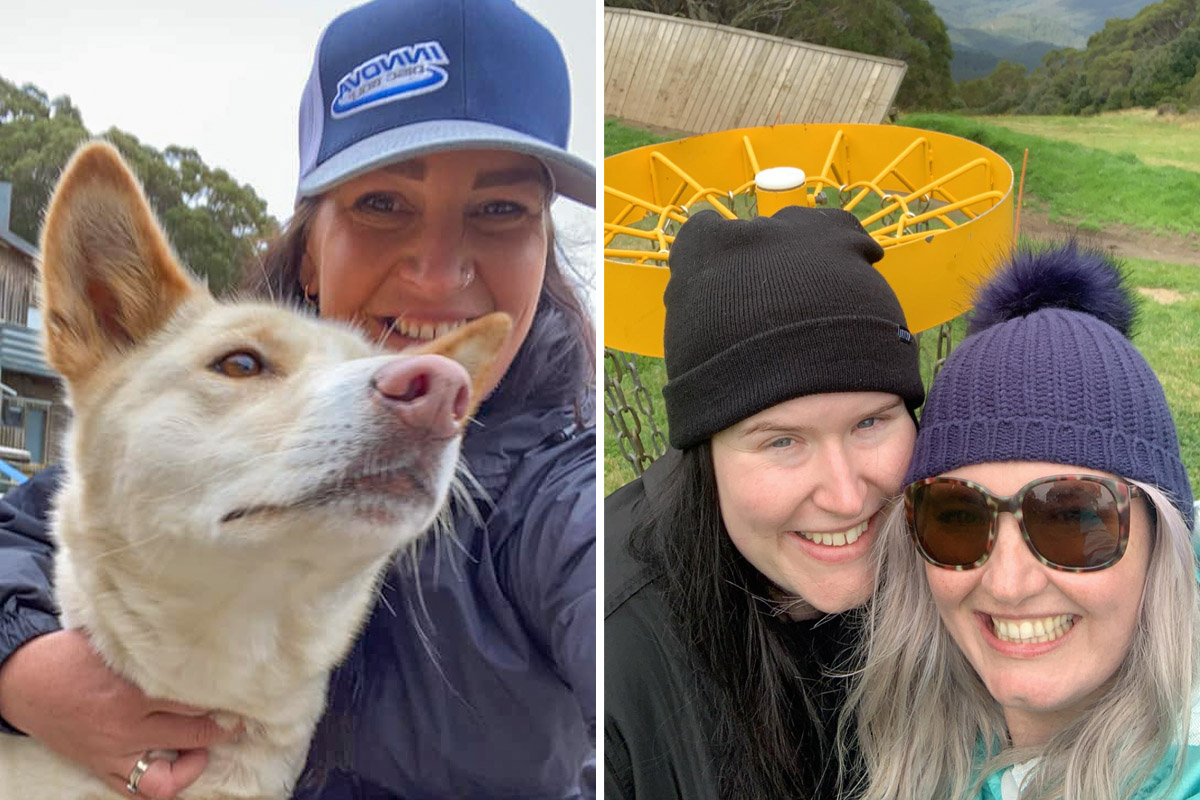 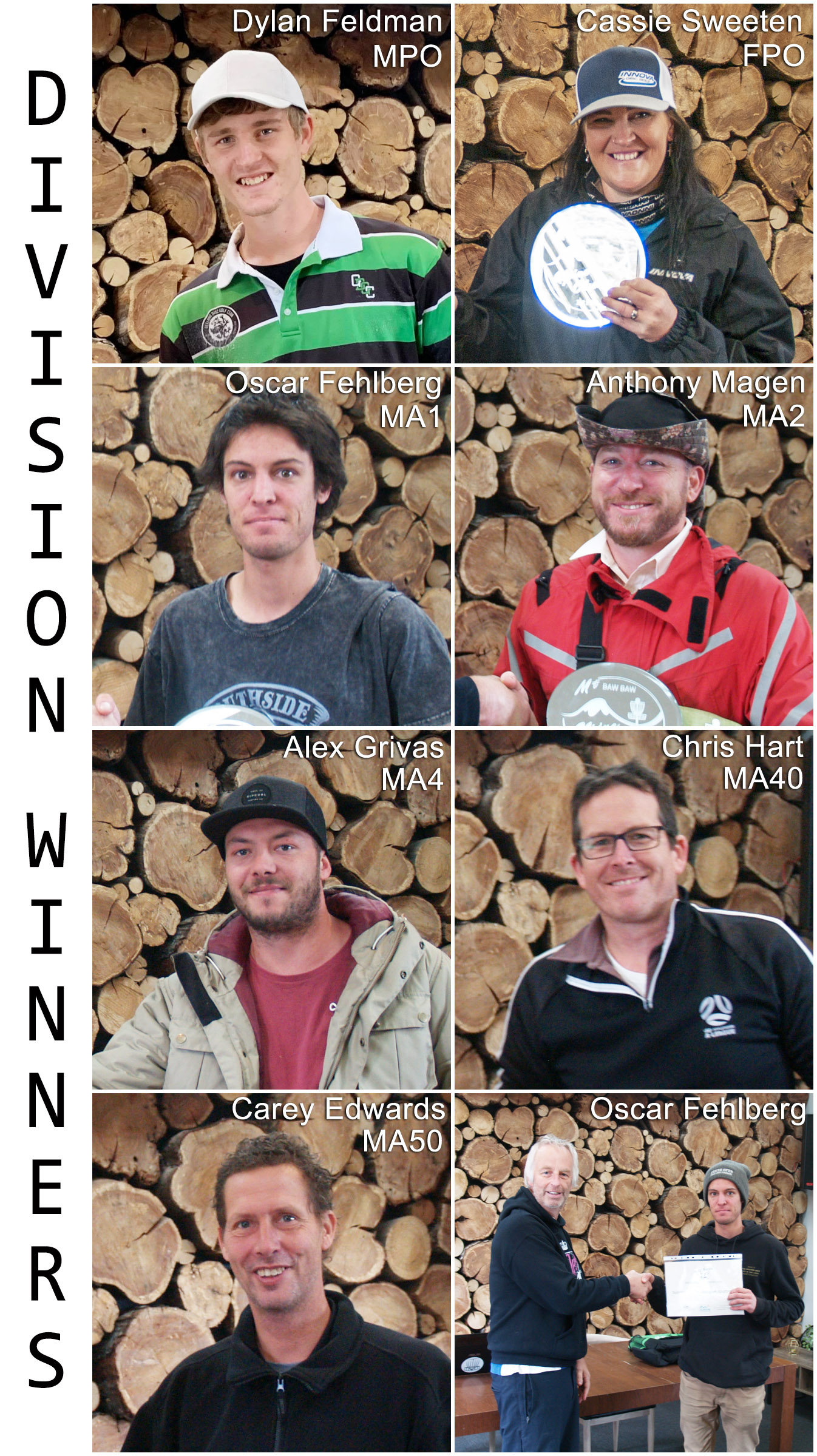 In addition, the winner of each category competed for a special prize – 2 nights summer accommodation in the Baw Baw Resort’s best rooms, valued at over $400.  All seven division winners shot from a platform above the restaurant outdoor seating area and attempted a CTP to a basket that was completely invisible to them.  This was won by Oscar Fehlberg, with Chris Hart coming second and winning the newly released RPM backpack.

All players received a custom-stamped event disc (a Kotuku, thanks to RPM discs) and a 1-day lift pass, courtesy of the Baw Baw Resort.

Our thanks to everyone who came to the event – it’s at least a 2-hour drive.  We had players from Geelong, Melbourne, Ballan and Venus Bay – site of one of the newest courses in Victoria.