Call for nominations for the 2018 Melbourne Disc Golf Club Board.

This is a call for nominations to anyone who might be interested in joining the MDGC board to help us get them done. We have had a huge amount of interest this year which is great! However, we want to make sure that everyone is aware of the opportunities in case you too would like to join us.
The board positions are listed below. There have been expressions of interest by at least one person for every position on the board including the 6 committee members with the exception of the secretary and treasury positions. Some of the positions, including the committee members, may end up being contested by two or more people and some people may end up holding more than one position (if we don’t get nominations for secretary and treasurer). Therefore, we are asking that anyone interested in board or committee member positions go through the nomination process as set out in the club constitution. That is, that any new candidate must be nominated by two club members. Vacating board members may nominate themselves for re-election to the same position. All the information can be found on the nomination forms. If you would like to nominate for any position(s) or nominate someone else then please contact the current Club Secretary, Jeff Brunsting, on info@melbournediscgolf.com. Nominators and nominees must be standard members with 2018 dues fully paid by the AGM. The nomination forms must be in the hand of the secretary by 7:30PM January 15 which is the start of the 2018 MDGC AGM.

Only standard members with 2018 dues fully paid can vote, and they must be at the AGM to do so. Proxy votes are not allowed according to the MDGC constitution. If you are planning to attend the AGM please let us know as soon as possible to ensure we have a suitable venue. It is currently planned to be held at a location in Hawthorne.

THE BOARD POSITIONS ARE:

In addition to this there are 6 general committee positions on the board. 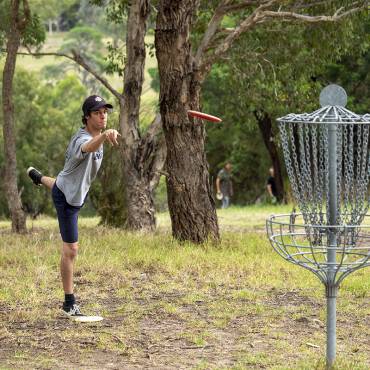