The rules were simple – each player could carry just ONE disc with them (along with a mini of course) and that disc had to be used for every shot. We played the standard Ruffey Lake course with no OB restrictions (aside from roads). Between the morning and afternoon rounds players were given the choice of changing discs. Many did.

Groups were entirely random for the morning round and then all scores ranked from lowest to highest. This gave us 4 divisions of four players and 2 divisions of 3 players (one player did not resume after lunch) all based on an estimate of skill – all the best players were together, while the weakest players formed the final group.

Winners in each division, based on total score, took home a $30 shop voucher. 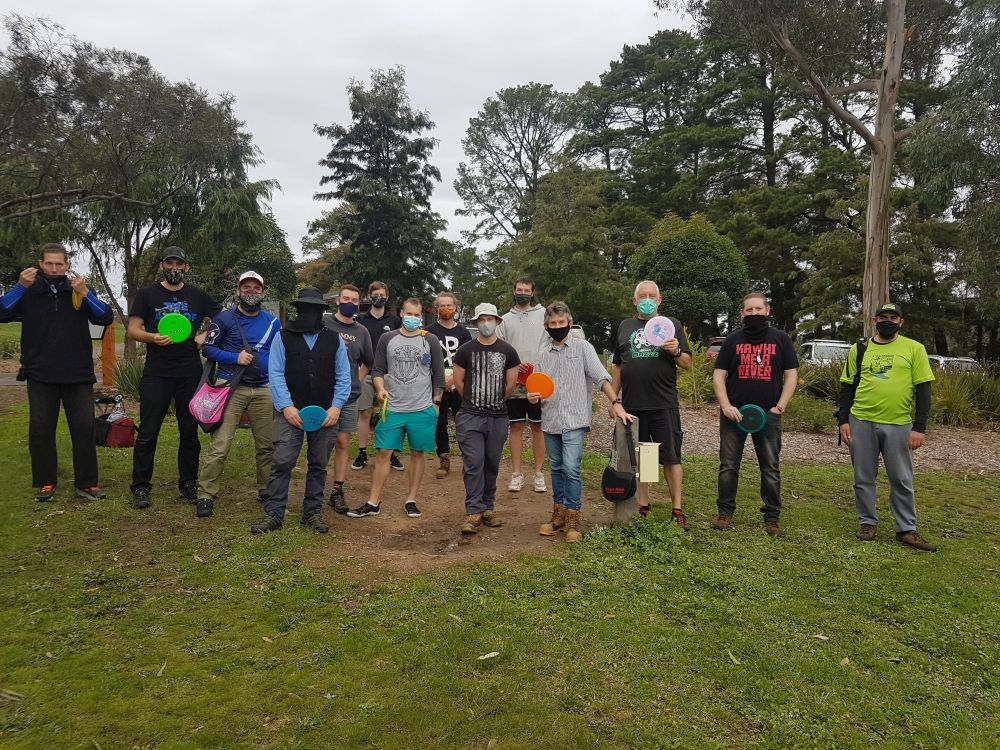