Here are the results – David Heath taking away the win, it pays to play every league day! Tarron coming in a close second, with Oscar in third.

2018 League Ladder – Final Result for 2018
Here are the results – Jacob came away with the win, Tarron followed closely behind in second.

Thanks everyone for a wonderful year, we look forward to seeing everyone at Ruffey in 2019! (and during Summer Cup..): 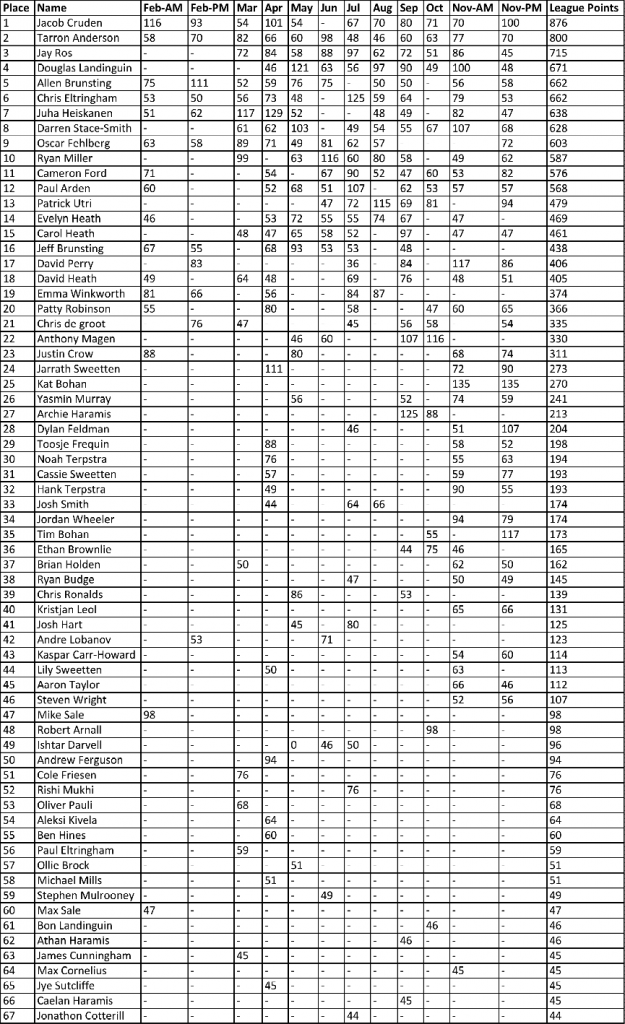 That’s it – 2017 is done and dusted. As predicted (with some degree of mathematical certainly!), one of Tarron, Jacob and Oscar did indeed win… and since neither Oscar nor Jacob were able to play the final league day (the first one both of them had missed) it was Tarron who took out the prize.

See you all in the new year… and maybe a few Summer Cup rounds as well.

…and we’re done!  After a long time leading, Tarron gives up first place to Cam on the final event of the year.

Congratulations to Cam for winning the 2015 league championship.  Good luck in the next stage of your life in Queensland.  You’ll be missed.

Congratulations to Tarron Anderson for taking out the Melbourne Disc Golf Club’s 2014 Championship. Persistence and dedication pays off. Tarron will receive a free 2015 membership. Thanks to all who made this such a fantastic year!